Nanopsis is located in the Manchester Science Park, an innovation hub with tight links to the University of Manchester. Designed, invented and built in the UK they are proud of their heritage.

Developing the first super resolution microsphere based light microscope they are redefining the limits of traditional microscopy.

Breakthroughs in 2011 by Professor Lin Li and Dr. Wei Guo at the University of Manchester enabled microsphere technology to be used in microscopy for the first time. So significant was their work that it was covered by media outlets including the BBC, The NY Times and the journal Nature.

Since then, they have patented Super resolution Microsphere Amplifying Lens (SMAL) technology that is capable of optically resolving nanostructures and is set to revolutionalize optical microscopy.

The technology has now been commercialised and it is now available at an extremely affordable price through Nanopsis. Their first product the Nanopsis M is now the worlds most powerful wide-field optical microscope. It has broken the world record for the smallest object that the eye can see.

The new technology used in Nanopsis microscopes makes super resolution microscopy more accessible. Their systems are elegantly simple and affordable putting them well within reach of most laboratories. As such they will be suited to range of applications including:

Dr. Guo is a director of Nanopsis and co-inventor of the microsphere optical nanoscope. His technical expertise complemented by managemt skill, having previously successfully run the technology company Advanced Laser Technology. He is also an Experimental Officer in the School of Mechanical, Aerospace & Civil Engineering, University of Manchester.

The Nanopsis team pulls in expertise from many and varied fields to ensure their technology is truly world class and incorporates the best innovations. Their diverse expertise covers such areas as meta-material fabrication, laser manufacturing, microscopy and computer imaging guaranteeing their technology remains at the forefront, which ultimately benefits the user base. 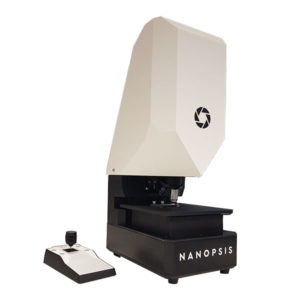 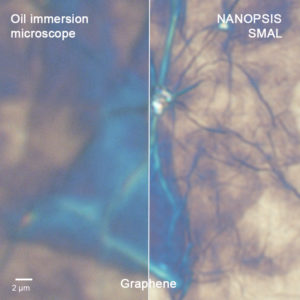 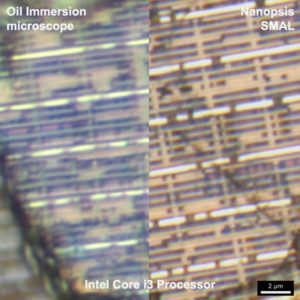