The SmartLab is the most novel high-resolution diffractometer available today. Perhaps its most novel feature is the SmartLab Guidance software, which provides the user with an intelligent interface that guides you through the intricacies of each experiment. It is like having an expert standing by your side.

The next generation SmartLab diffractometer was launched in 2018. New features include:

The brains behind the SmartLab is the unique guidance software. This sophisticated, yet user-friendly interface assists you through every step from setup to measurement and data analysis.

In the setup phase, all you need to do is select the type of experiment you want to perform. The software will then show you what configuration changes are required. Optically encoded attachments ensure that you install the correct components. The system will then run an auto alignment negating the need and expense for engineers and specially trained staff to be present.

The Guidance software will then help you optimise experimental parameters as well as the analysis of data, making it a comprehensive and fully integrated solution that allows you interact directly with the hardware and prevents accidents.

The SmartLab is available in either 3kW or 9kW variants. The 9kW option with the new PhotonMax X-ray source is the most powerful lab diffractometer on the market which gives you the power to run faster scans and improves your chances of detecting trace phases. For those with access to the Synchrotron, the SmartLab is the most suitable instrument for screening your samples allowing you to concentrate in analysing the your most meaningful samples. It is also your best possible option when investing in a diffractometer for the future as it gives you the flexibility to be better able to deal with unforeseen advanced research requirements.

Coupling a computer controlled alignment system with a fully automated optical system and the Guidance software makes it easy to switch between hardware modes, ensuring that your hardware complexity is never holding back your research.

As mentioned, optically encoded components prevent installation of the incorrect attachment. Smart cabling has also been integrated into the design to prevent cables fouling on moving parts and potential costly accidents. Combined with the SmartLab’s auto alignment capability, this system becomes an easy to re-configure proposition that is as student-proof as you can get making it an excellent choice for university characterisation facilities.

The SmartLab comes in two variants to cater for this wide array of applications: 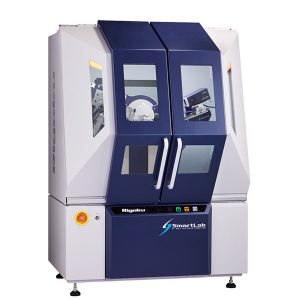 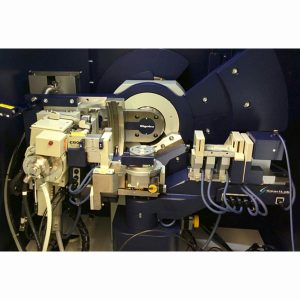 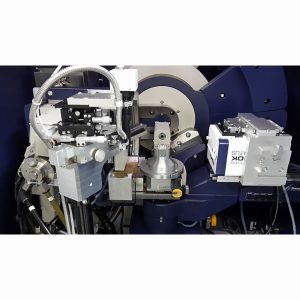 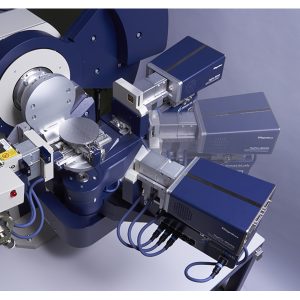 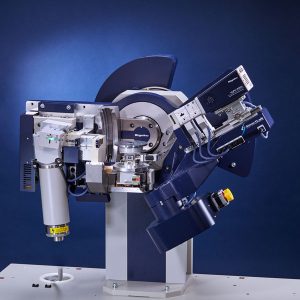 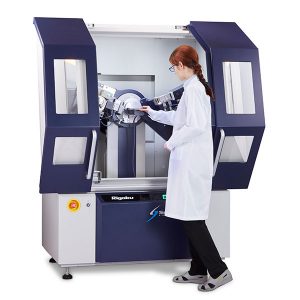 Testimonial of Dr. Simon Bates from Triclinic Labs on the Rigaku SmartLab

Testimonial of Wade Adams from Rice University on the Rigaku SmartLab

In 2014, the Nobel Prize in Physics was awarded to Professors Isamu Akasaki, Meijo University, Hiroshi Amano, Nagoya University, and Shuji Nakamura UC Santa Barbara for their work on the development of the blue LED (Light Emitting Diode)1. LEDs are a semiconductor-based lighting technology that is revolutionising lighting for use buildings, automotive and electronics due to their long life, low power consumption and compact size compared to conventional lighting2.

While red and green LEDs had been around since the early 1960s, it took another 30 years, before Prof. Amano and his colleagues created the first blue LEDs.  Succeeding where many before them had failed and given up based, the teams discovery was based on doped Gallium Nitride produced using Metal Organic Vapor Phase Epitaxy (MOVPE). This discovery paved the way for white LEDs which were not possible prior to the advent of blue LEDs3.

In 2000, the team was able to successfully control the polarisation effect in nitride semiconductors. This work has lead to higher performance LED technology being carried out across the world based on crystals with small polarisation effect.

The analysis of these films and their polarisation was carried out using a 9kW Rigaku SmartLab X-ray diffractometer. Prof. Amano and Katsuhiko Inaba from the Rigaku X-Ray Research Laboratory co-authored a paper for Physica Status Solidi (PSS) relating to this work in which they developed a new XRD system for performing high resolution XRD and crystallographic polarity characterisation4.

In fact all 3 of the Nobel Laureates used 9kW SmartLab diffractometers in their respective labs. These are highly versatile diffractometers that can be configured to run almost any diffraction-based experiment you can think of using a wide variety of accessories including detailed thin film analysis with the in-plane arm. Furthermore, they utilise Rigakus patented rotating anode technology providing the highest x-ray flux of any laboratory system giving researchers the best chance of detecting trace phases and the fastest possible scan times.

When asked about his collaborations with Rigaku Prof. Amano commented:

“30 years have passed since we initiated our research into blue LED. I would like to thank the people at the Rigaku research center and the design team for all of their hard work over these past 30 years. From when I was a student to when I was an assistant, I had this impression that Rigaku devices were for people who specialized in the field and were somewhat difficult to use. However, the wonderful thing about Rigaku is that if you make it known that you want to do something, you can always find technicians that will understand your passion and enthusiastically address your requested measurements or proposals for new measurement techniques.

Gallium nitride (GaN) is a polar semiconductor, and thus it is vital to observe that polarity. Since one did not exist at the time, the technicians addressed a method to observe GaN polarity with X-rays. As a result, we were able to release a paper in 2006 with the cooperation of Rigaku, on the polarity evaluation method for GaN via anomalous dispersion using a gold target for X-ray diffraction. I believe the results were splendid.”

This research has far reaching benefits, not only reducing power bills for consumers, but also helping the environment by consuming less power and conserving resources with LEDs lasting longer than their incandescent and fluorescent predecessors. The energy efficiency also helps improve the quality of life in developing countries not connected to power grids where solar cells can be used to power LED lighting systems.

Today, research continues into LEDs, looking for ways to increase both their output intensity and lifespan. This will see LED lighting solutions and technologies become an integral part of our everyday lives. 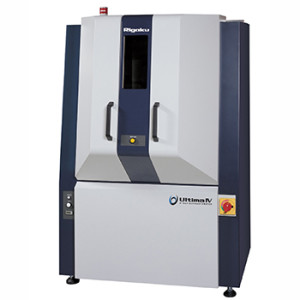 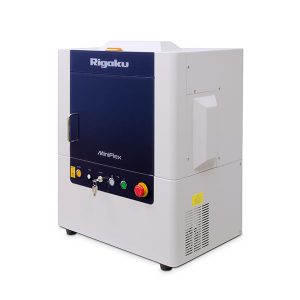 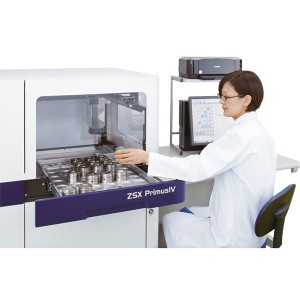 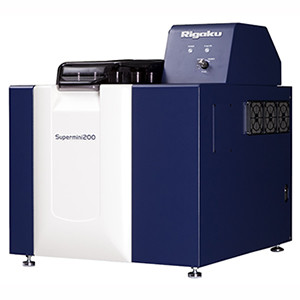 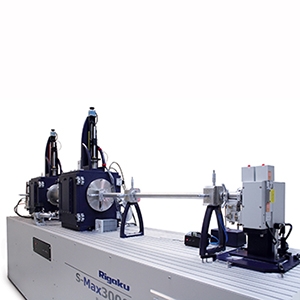