Radiographic testing is a form of non-destructive testing (NDT), sometimes referred to as non-destructive inspection (NDI) or non-destructive evaluation (NDE). The technique bears a strong resemblance to x-ray radiography used in medicine, where it is used to identify such things as broken bones.

In the testing of materials, it is used to detect such things as cracks, flaws, voids etc. It relies on the differences in x-ray absorption and transmission of these features to reveal them.

The x-rays that pass through the specimen can be detected using industrial x-ray film. By exposing the x-ray film to the x-rays, the various features. The grade of film required is determined by the type of specimen being examined and its thickness. AXT can supply a range of different film grades, in different sizes and formats. 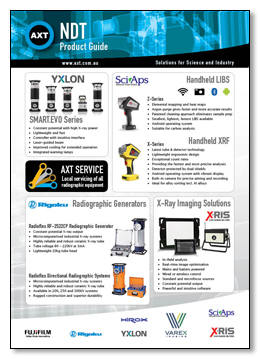